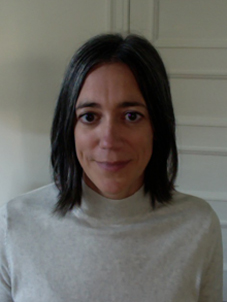 Dr. Dumeaux received her doctorate in Pharmacy in 2002 in France. She then obtained her Ph.D. in molecular epidemiology, a joint degree from the University of Tromso (Norway) and the University of Paris-South XI (France). During her PhD, she developed expertise in genomics in the group of Professeur Borresen-Dale at the Norwegian Radium Hospital which was among the pioneers in expression profiling of breast carcinomas in collaboration with groups at Stanford University. Dr Dumeaux co-initiated the post-genomic wing of the Norwegian Women and Cancer cohort to study the systems biology of breast cancer in a population-based context. She has had a long-standing interest in the development of RNA-based biomarker signatures in blood, which can be used to inform on exposure (exposome; eg. organic pollutants) and health status (eg. diagnostics of breast cancer, side-effects of radiotherapy).

During her post-doc, she visited the Department of Applied Mathematics (University of Paris Descartes) and the Laboratory of Bioinformatics and Functional Genomics (Princeton University), and finally moved to Canada in 2009 to continue her research in bioinformatics and genomics at McGill and Concordia University.

Dr. Dumeaux is currently a freelance consultant in data science and systems biology.

The time-varying effect of radiotherapy after breast-conserving surgery for DCIS.

Screening of Candida albicans GRACE library revealed a unique pattern of biofilm formation under repression of the essential gene ILS1.

Atrx deletion in neurons leads to sexually-dimorphic dysregulation of miR-137 and spatial learning and memory deficits.

Mms21: A Putative SUMO E3 Ligase in Candida albicans That Negatively Regulates Invasiveness and Filamentation, and Is Required for Genotoxic and Cellular Stress Response.

Role of SUMOylation in differential ERα transcriptional repression by tamoxifen and fulvestrant in breast cancer cells.

Interactions between the tumor and the blood systemic response of breast cancer patients.

The prognostic ease and difficulty of invasive breast carcinoma.

Cigarette smoking and colorectal cancer risk in the European Prospective Investigation into Cancer and Nutrition study.

The genetics and epigenetics of fatigue.

Towards a more functional concept of causality in cancer research.

Polymorphisms in fatty-acid-metabolism-related genes are associated with colorectal cancer risk.

Serum levels of IGF-I, IGFBP-3 and colorectal cancer risk: results from the EPIC cohort, plus a meta-analysis of prospective studies.

Found in transcription: gene expression and other novel blood biomarkers for the early detection of breast cancer.

Hormone replacement therapy use and plasma levels of sex hormones in the Norwegian Women and Cancer postgenome cohort - a cross-sectional analysis.

TP53 mutations in ovarian carcinomas from sporadic cases and carriers of two distinct BRCA1 founder mutations; relation to age at diagnosis and survival.

Previous oral contraceptive use and breast cancer risk according to hormone replacement therapy use among postmenopausal women.

Use of oral contraceptives, alcohol, and risk for invasive breast cancer.