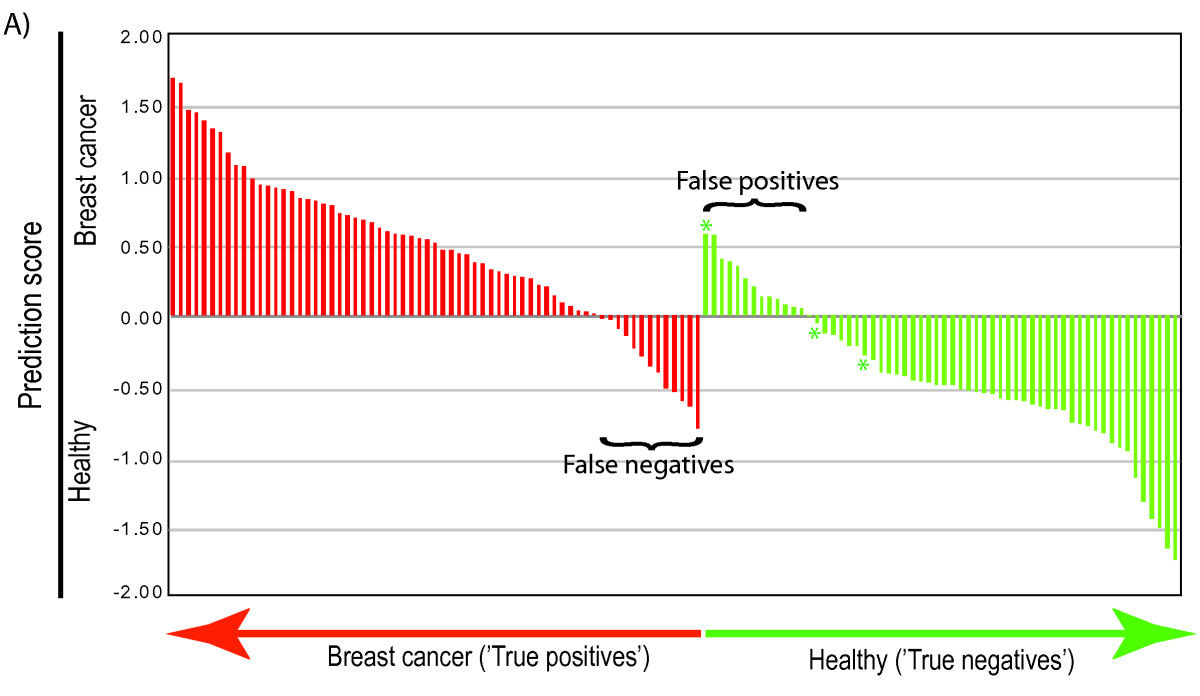 A set of 738 probes that discriminated breast cancer and non-breast cancer samples was identified. By cross validation we achieved an estimated prediction accuracy of 79.5% with a sensitivity of 80.6% and a specificity of 78.3%. The genes deregulated in blood of breast cancer patients are related to functional processes such as defense response, translation, and various metabolic processes, such as lipid- and steroid metabolism.

We have identified a gene signature in whole blood that classifies breast cancer patients and healthy women with good accuracy supporting our previous findings.