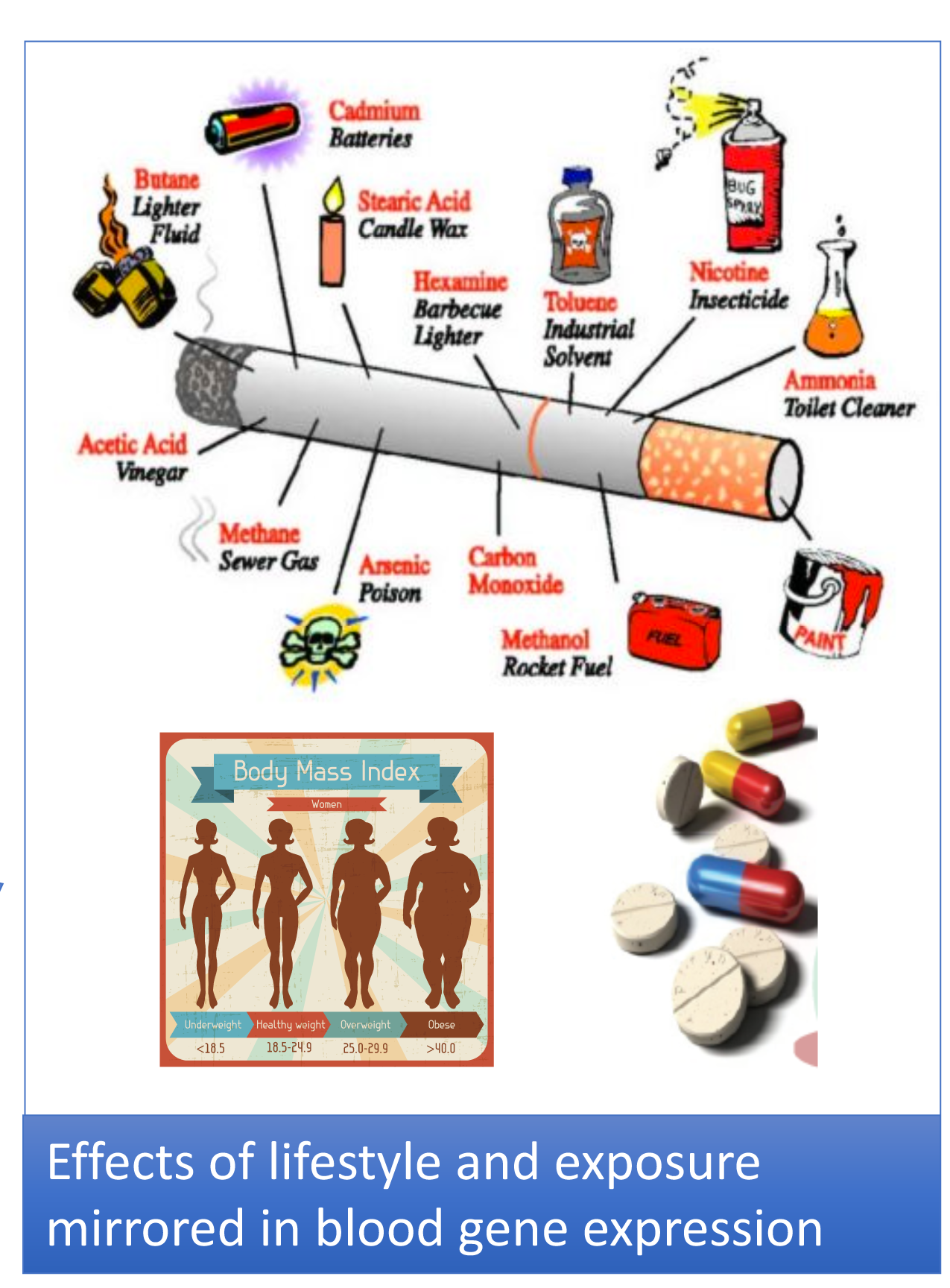 There is growing evidence that gene expression profiling of peripheral blood cells is a valuable tool for assessing gene signatures related to exposure, drug-response, or disease. However, the true promise of this approach can not be estimated until the scientific community has robust baseline data describing variation in gene expression patterns in normal individuals. Using a large representative sample set of postmenopausal women (N = 286) in the Norwegian Women and Cancer (NOWAC) postgenome study, we investigated variability of whole blood gene expression in the general population. In particular, we examined changes in blood gene expression caused by technical variability, normal inter-individual differences, and exposure variables at proportions and levels relevant to real-life situations. We observe that the overall changes in gene expression are subtle, implying the need for careful analytic approaches of the data. In particular, technical variability may not be ignored and subsequent adjustments must be considered in any analysis. Many new candidate genes were identified that are differentially expressed according to inter-individual (i.e. fasting, BMI) and exposure (i.e. smoking) factors, thus establishing that these effects are mirrored in blood. By focusing on the biological implications instead of directly comparing gene lists from several related studies in the literature, our analytic approach was able to identify significant similarities and effects consistent across these reports. This establishes the feasibility of blood gene expression profiling, if they are predicated upon careful experimental design and analysis in order to minimize confounding signals, artifacts of sample preparation and processing, and inter-individual differences.