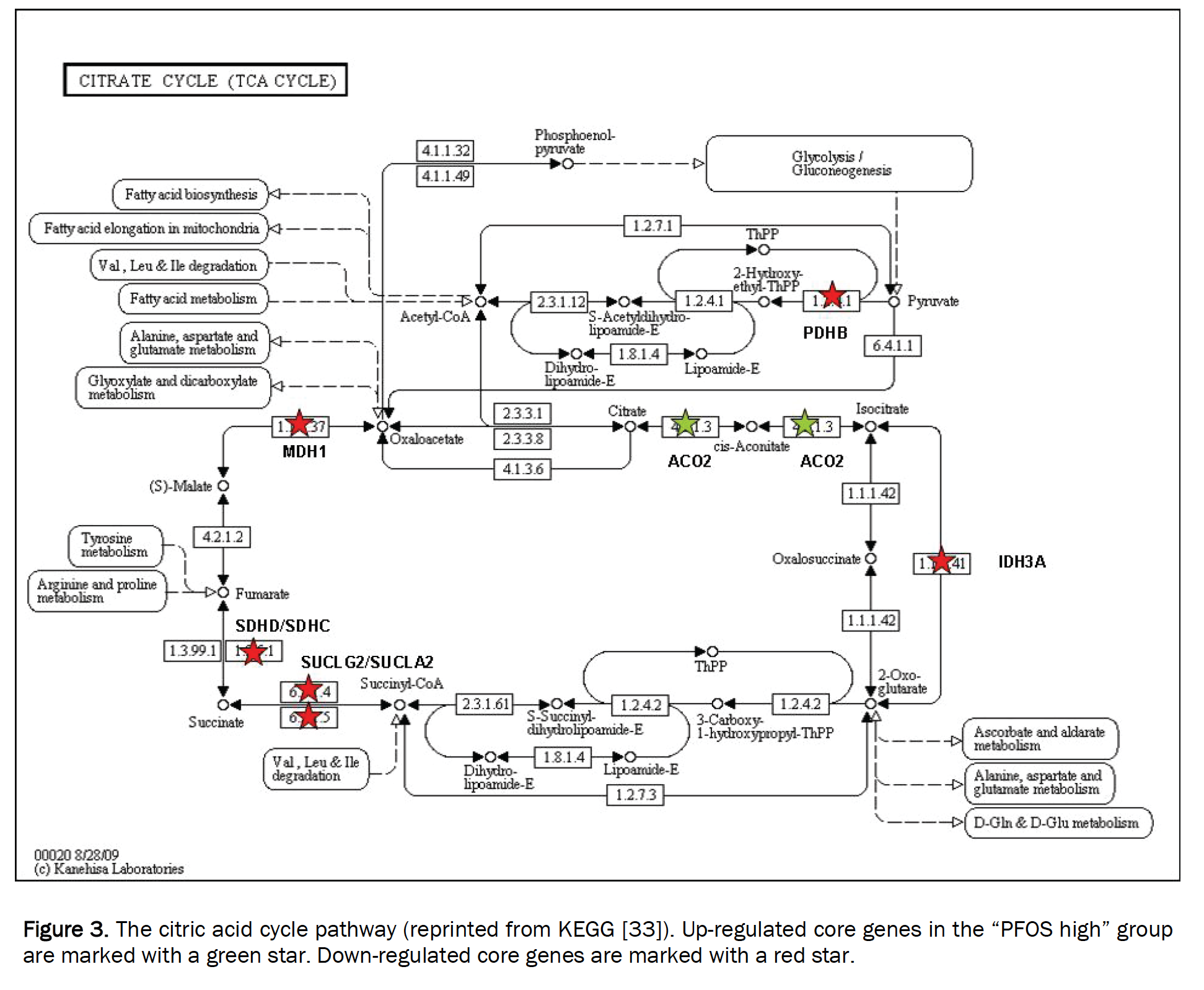 Perfluoroalkyl acids (PFAAs) are ubiquitously present in human blood samples and the effects of these compounds on human health are not fully characterized. This study was conducted in order to investigate the applicability of peripheral blood gene expressions for exploring the impact of perfluorooctane sulfonate (PFOS), perfluorooctanoate (PFOA) and perfluorohexane sulfonate (PFHxS) exposure on the general population. PFOS, PFOA and PFHxS were analyzed in blood samples from a representative group of 270 healthy, postmenopausal Norwegian women (48-62 years). Gene expression was measured in the same samples using the Applied Biosystems microarray platform. Forty-eight different gene sets, all previously linked to PFAA exposure were explored in relation to the selected PFAAs. Two gene sets, both related to the citric acid cycle, were differentially expressed between the “PFOS high” (>30ng/ml, n=42) and the “PFOS low” (<30ng/ml, n=228) group. Based on the results of this study we believe that blood gene signatures have a large potential for elucidating which biological pathways are being affected by environmental pollutants. To the best of our knowledge, this study is the first assessment of the impact of PFAAs on blood gene expressions in humans from the general population.