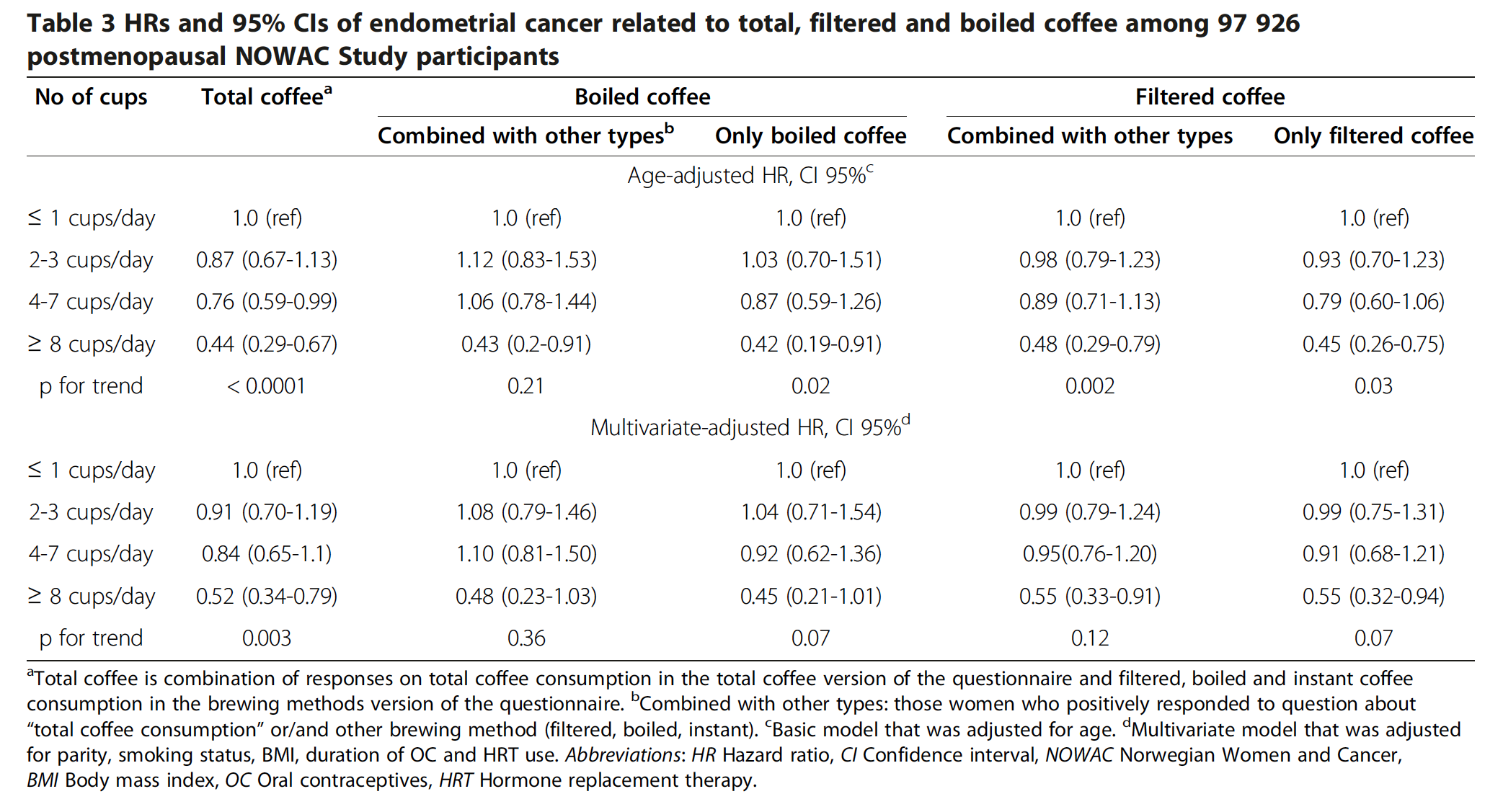 Coffee and its compounds have been proposed to inhibit endometrial carcinogenesis. Studies in the Norwegian population can be especially interesting due to the high coffee consumption and increasing incidence of endometrial cancer in the country.

A total of 97 926 postmenopausal Norwegian women from the population-based prospective Norwegian Women and Cancer (NOWAC) Study, were included in the present analysis. We evaluated the general association between total coffee consumption and endometrial cancer risk as well as the possible impact of brewing method. Multivariate Cox regression analysis was used to estimate risks, and heterogeneity tests were performed to compare brewing methods.

During an average of 10.9 years of follow-up, 462 incident endometrial cancer cases were identified. After multivariate adjustment, significant risk reduction was found among participants who drank ≥8 cups/day of coffee with a hazard ratio of 0.52 (95% confidence interval, CI 0.34-0.79). However, we did not observe a significant dose-response relationship. No significant heterogeneity in risk was found when comparing filtered and boiled coffee brewing methods. A reduction in endometrial cancer risk was observed in subgroup analyses among participants who drank ≥8 cups/day and had a body mass index ≥25 kg/m2, and in current smokers.

These data suggest that in this population with high coffee consumption, endometrial cancer risk decreases in women consuming ≥8 cups/day, independent of brewing method.