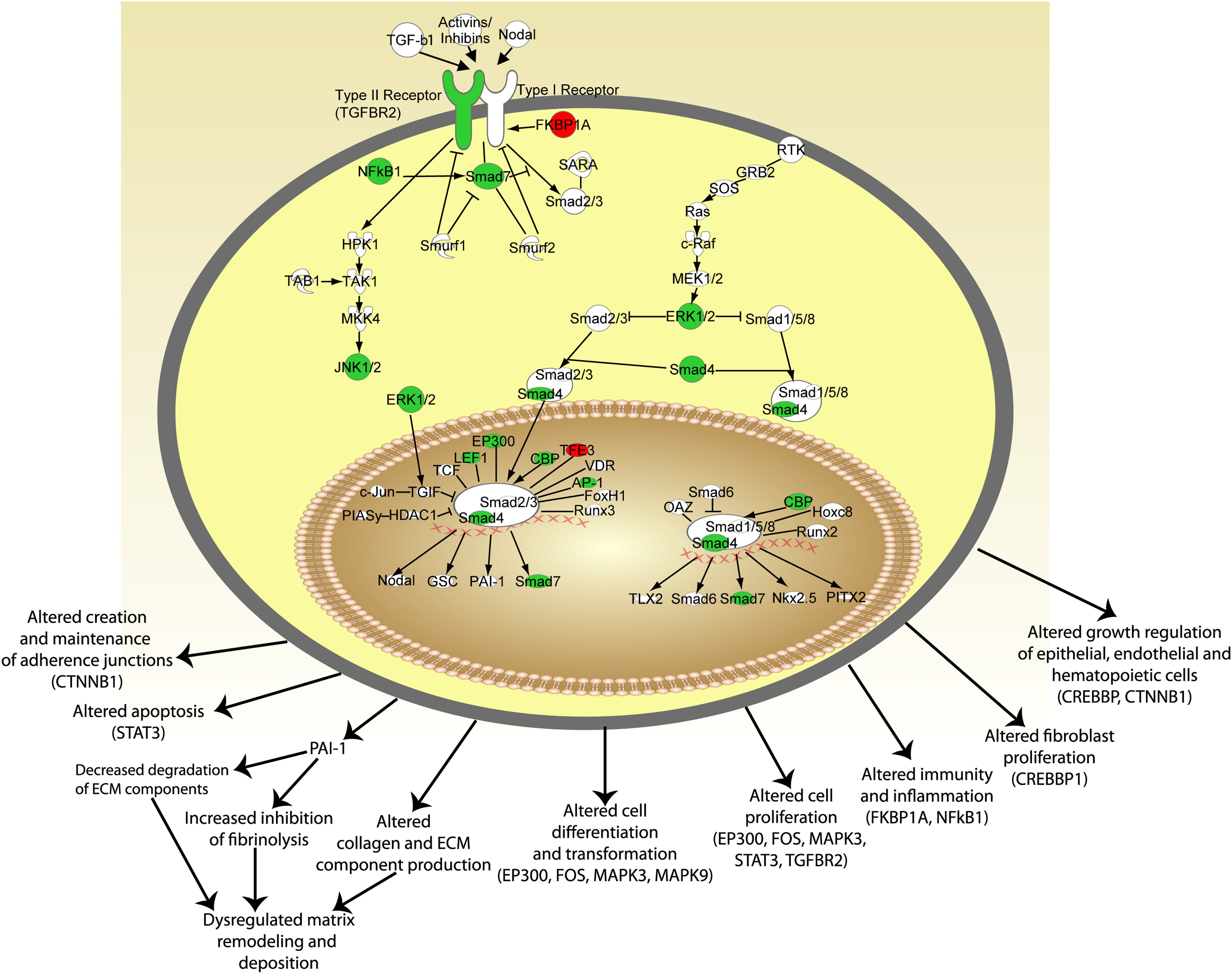 To extend knowledge on the mechanisms and pathways involved in maintenance of radiation-induced fibrosis (RIF) by performing gene expression profiling of whole blood from breast cancer (BC) survivors with and without fibrosis 3-7 years after end of radiotherapy treatment.

Gene expression profiles from blood were obtained for 254 BC survivors derived from a cohort of survivors, treated with adjuvant radiotherapy for breast cancer 3-7 years earlier. Analyses of transcriptional differences in blood gene expression between BC survivors with fibrosis (n=31) and BC survivors without fibrosis (n=223) were performed using R version 2.8.0 and tools from the Bioconductor project. Gene sets extracted through a literature search on fibrosis and breast cancer were subsequently used in gene set enrichment analysis.

Substantial differences in blood gene expression between BC survivors with and without fibrosis were observed, and 87 differentially expressed genes were identified through linear analysis. Transforming growth factor-β1 signaling was identified as the most significant gene set, showing a down-regulation of most of the core genes, together with up-regulation of a transcriptional activator of the inhibitor of fibrinolysis, Plasminogen activator inhibitor 1 in the BC survivors with fibrosis.

Transforming growth factor-β1 signaling was found down-regulated during the maintenance phase of fibrosis as opposed to the up-regulation reported during the early, initiating phase of fibrosis. Hence, once the fibrotic tissue has developed, the maintenance phase might rather involve a deregulation of fibrinolysis and altered degradation of extracellular matrix components.