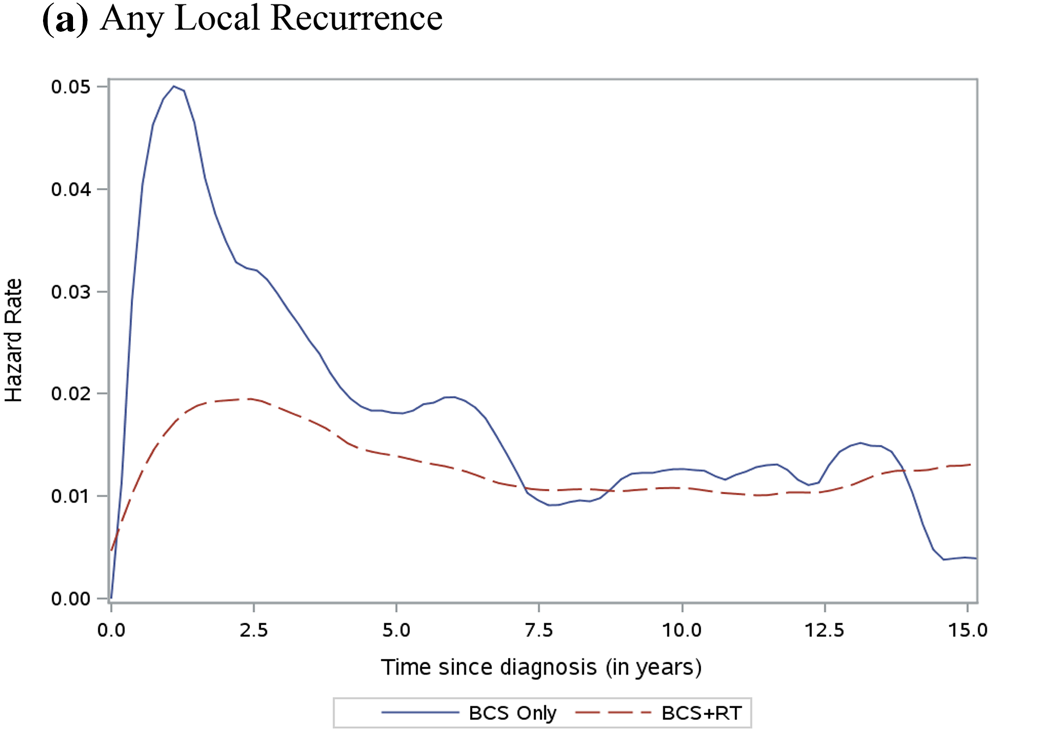 A better understanding underlying radiation (RT) response after breast-conserving surgery (BCS) is needed to mitigate over-treatment of DCIS. The hazard ratio (HR) measures the effect of RT but assumes the effect is constant over time. We examined the hazard function adjusted for adherence to surveillance mammography to examine variations in LR risk and the effect of RT over time.

Crude hazard estimates for the development of LR in a population cohort of DCIS treated by BCS ± RT were computed. Multivariable extended Cox models and hazard plots were used to examine the association between receipt of RT and risk of each outcome adjusted for baseline covariates and adherence to mammography.

The effect of RT is not uniform over time and greatest in the first 7 years after BCS for DCIS, which can guide future research to understand mechanisms underlying RT response and optimize future management of DCIS.