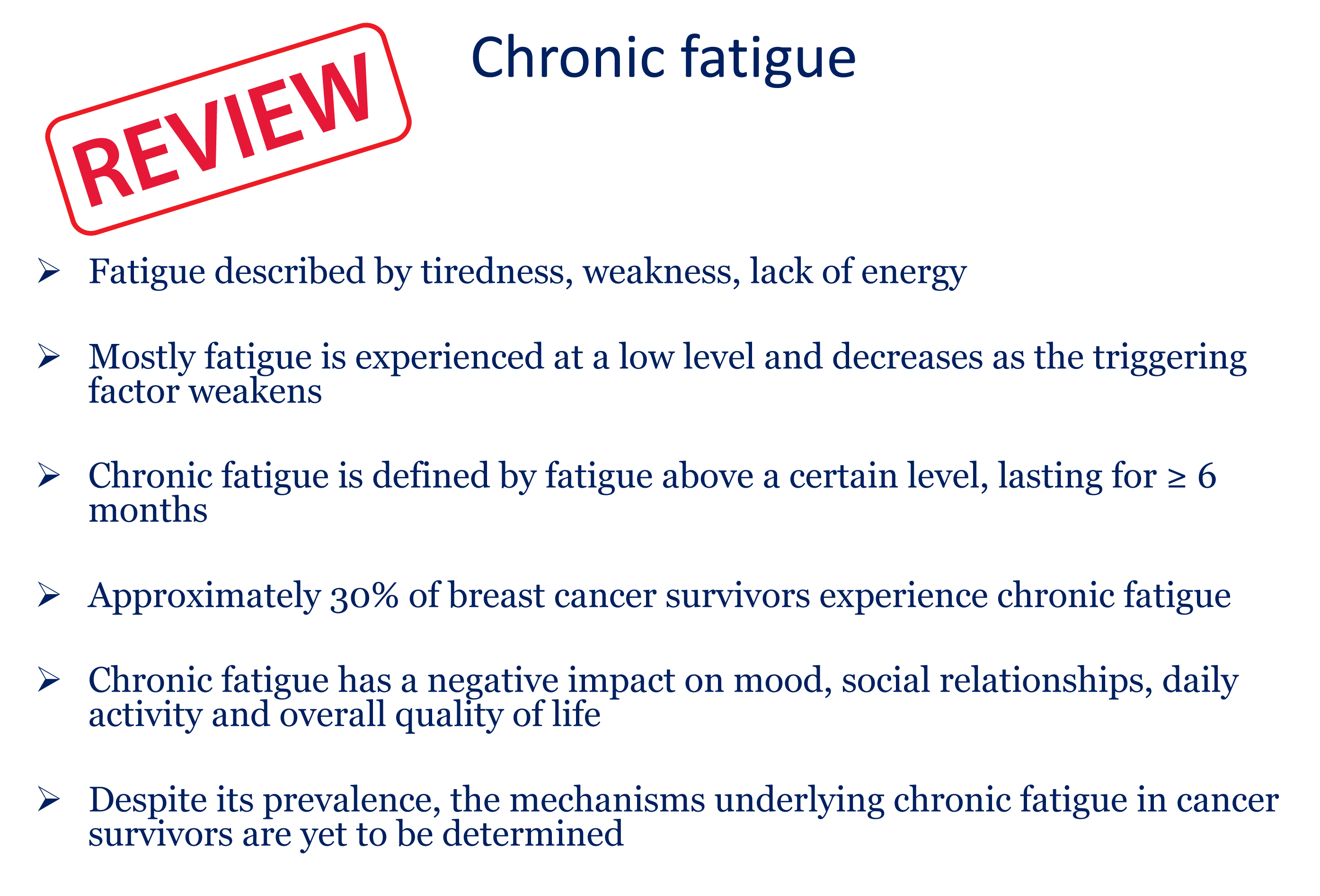 Fatigue is a common symptom and includes both physical and mental components. It can be associated with a variety of different syndromes and diseases, but in many cases is not associated with other comorbid conditions. Most humans have experienced acute fatigue in relation to different stressors. Acute fatigue typically decreases as the effect of the triggering factor is reduced and a normal homeostatic balance is restored. Fatigue that persists for 6 months or more is termed chronic fatigue. Chronic fatigue (CF) in combination with a minimum of 4 of 8 symptoms and the absence of diseases that could explain these symptoms, constitute the case definition for chronic fatigue syndrome. In spite of its prevalence, the biology of fatigue is relatively poorly understood and biological markers have not yet been identified. This literature search was performed in PubMed to identify research on the genetics and epigenetics of fatigue. Publications were included if fatigue was a major topic and the topic was combined with genetic and/or epigenetic measurements in adult humans. A total of 40 publications were identified. Although altered functioning in the hypothalamic-pituitary-adrenal axis, the serotonergic system, and associations with infectious agents have been identified, the search for genetic or epigenetic markers of fatigue, either in the context of CF or chronic fatigue syndrome (CFS) has been relatively unproductive or, in the case of epigenetics, nonexistent. Although several studies, both hypothesis-testing and hypothesis-generating, have been performed to search for biomarkers, they have mostly been underpowered, restricted by the heterogeneity of the phenotype, or limited by an unsystematic study design. To be able to confirm the hypothesis that risk for, or levels of, fatigue are influenced by the genetic or epigenetic background of an individual, studies need to be based on larger sample sizes with a more clearly defined phenotype. Studies need to focus not only on the influence of a single aspect such as single nucleotide polymorphisms (SNPs) or differential gene expression on disease risk or state, but also on the systems biology behind the disease in combination with information on environmental influences and validation of findings in functional studies.