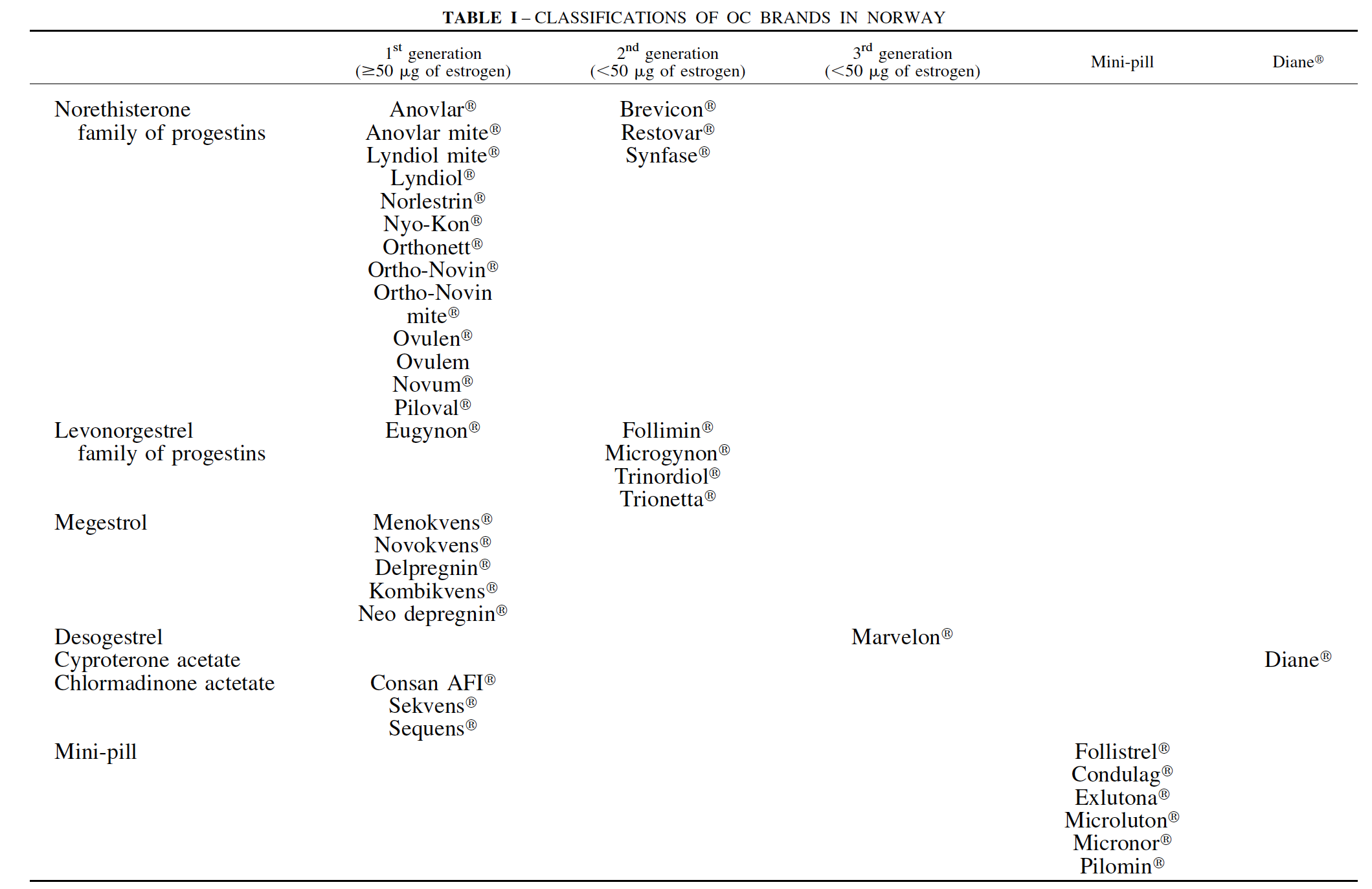 The aim of our study was to examine the risk of breast cancer according to specific types of estrogens and progestagens in oral contraceptives (OCs) based on the prospective Norwegian Women and Cancer study (NOWAC). Between 1991-97 women aged 30-70 years were drawn at random from the central person register and mailed an invitation and a questionnaire. Women (102,443) were enrolled with follow-up information collected throughout 1999 by linkage with national registries of cancer, mortality and emigration based on the unique national identification number. Among the 96,362 women included in the present analysis 851 invasive breast cancer were diagnosed. The adjusted risk of breast cancer increased with 25% for ever use of OCs and the risk increased with increasing duration of use (test for trend: p = 0.007). No association between time since last use and breast cancer risk was found after stratification on duration of use. Positive trend was still found for total duration of use among women who used OCs more than 5 years ago. Second generation of OCs had an increased risk with increasing duration of use. Classifying progestagens according to chemical groups, the relative risk increased significantly with increasing cumulative dose of levonorgestrel progestagen. It was difficult to conclude for the other groups due to lack of power. In a multivariate analysis the cumulative dose for all progestagen groups were non-significant, although we observed a significant increased risk with increasing milligram-months of estrogen exposure (p = 0.002). In conclusion, the increased risk of breast cancer related with OC formulations could be due mostly to estrogen component.